Tips to Get Hired! 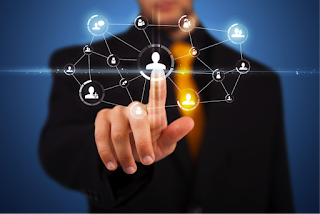 So you have been to the Career Center.  You have had your resume critiqued and you have a great deal of understanding on how to write a cover letter when a job application requires it. Now the next step is to find a job; but where do you look? What is the best way to search for jobs? Who are the people who mostly get hired?

A “source of hire” survey, conducted by eminent recruiting authority Lou Adler, recently asked 1,600 respondents what the source of their recent profession was based on four categories: (1) answering a job ad, (2) the recruiter or hiring manager finding the respondents resume on their LinkedIn profile, (3) networking, and (4) internal company move or promotion.  The results showed that 58% of active respondents (people looking for jobs) ranked categories 3 and 4 held the most effective strategies in acquiring jobs in the United States. In addition to that statistic, 81% of passive respondents (people who already have jobs) ranked those same two categories as the most effective strategies in acquiring jobs.

Networking is key to getting your foot in the door when applying to jobs.  Having a relationship with someone in the company or a recruiter takes you from being a bottom dweller applicant to one that is at the top of the list.  Take the time to build these relationships with others by attending career fairs and networking events and you may find that the person you decided to say hello to ends up being your biggest advocate who asserts to the hiring manager, “he/she’s the one we want!”