Harassment in the Workplace: Through the Eyes of an Employer

This week's blog writer is a guest to the Hofstra Career Center Blog, but not the Hofstra University Campus. Debbie Fischer from Enterprise Holdings is a regular visitor to the Hofstra campus whether for Career Fairs or LinkedIn workshops, she is a great friend to our community. As such, reading her viewpoint on Harassment in the Workplace puts into perspective how integral it is to consider company culture and policies when beginning your career search. Keep reading to learn more about why she believes awareness is key.

We are constantly hearing of sexual harassment allegations involving high profile individuals. As an HR professional I think to myself why are these sexual harassment behaviors occurring so often? This has touched everyone in some way.  One can’t help to think of a time when they themselves were in a precarious situation that they had to delicately navigate while balancing an element of fear amidst trying to maintain their dignity and professionalism.

According to the article “Indecent Behavior” in the February 2018 edition of HR Magazine 64% of Americans say sexual harassment in the work place is a serious problem. “Only 42% of the women reported the inappropriate behavior to a supervisor and 95% said the men went unpunished.”
My immediate thought is WOW! And then my next thought is that I work for a fantastic company that does not allow this type of conduct.  I then think what potentially differentiates us from other companies and I think about the training that we offer our workforce and what we have done to establish this at the earliest stages of one’s career and continue that training throughout.

The first step is to start with the true definition of sexual harassment.  Then, the next step is to educate your workforce on the definition and how to recognize sexual harassment, a hostile work environment or discrimination. The next step is to establish a zero-tolerance policy and further establish a no fear of retaliation for those who bring a complaint or concern to light.   If those four aspects exist, it creates an environment where it is far less likely that inappropriate behaviors will happen. Now, we are talking about people, and people will react to different situations in their own way. And how individuals express themselves will vary with each person.

But I go back to current events, would someone like a Harvey Weinstein would have been able to continue the behaviors that were so offensive for so long? As an HR professional I can’t help to think what happened here? His company enabled him and worked to cover him, clearly out of fear of retaliation. So, if all the elements I mentioned above existed in Harvey Weinstein’s company, would that situation have continued for as long as it did?  In my opinion, the company is just as much at fault as Weinstein.  The thought of what went on is disturbing to say the least.   But it is clear to me that it is the education piece that is key. What is also important  is that this component of education needs to be constant and consistent.  A onetime meeting will not help as there needs to be constant awareness.

How do you know if a company has the components I mentioned earlier?    My suggestions are to reach out on LinkedIn and connect with current employees; Ask questions about the company’s culture and environment to both employees and the hiring managers;  Do research using glassdoor.com and similar sites to see what the company’s employees are talking about and what stands out both positive and negative and look at the company’s values to make sure they align with your own personal values.   Finally an actual visit to a location, if that is an option, could also be very telling.

I am hopeful, as a result of the current events regarding sexual harassment, there is more of a sense of awareness and more of an understanding of what is considered sexual harassment behavior and what will not be tolerated in the work place. 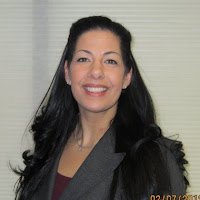