Breaking into a new industry is difficult, breaking into the television industry can feel impossible. Deciding to make a career change at the end of my sophomore year of college was the first step of a long journey that I thought would lead me to a place where I belonged.

Like so many others, the way I broke into television was a combination of luck and preparation. First let’s talk about the fun part, the luck. I happened to take a scriptwriting class being taught by a former Fox Syndication Executive my junior year. After a semester of hard work, she was kind enough to get me an internship at the Wendy Williams Show, which shoots in Chelsea.

Now let’s talk about the more important part, the preparation. As soon as I decided to pursue entertainment, I needed something, anything, on my resume that resembled relevant experience. The summer after my sophomore year, I worked remotely for a small traveling short films festival finding and acquiring screening rights to short films. I also worked for the IT Help Desk at Viacom in Time Square, hoping that this would be a way of getting my foot in the door of a large media company. 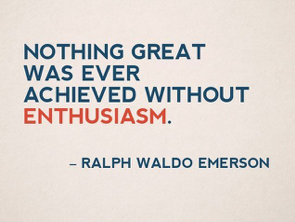 Although these weren’t the most applicable positions for someone who wanted to write comedic television, they were a start and illustrated that I was willing to do anything for a shot at success. Any opportunity is only as good as what you’re willing to learn from it. Customer service, attention to detail, communication, these were all skills I learned from my preparation.


The summer after my junior year, I assisted the show’s production crew in shooting a pilot while applying to Fall internships for my senior year. The only position I could get was in CNBC’s documentary unit. Not necessarily comedy, but the commute was somewhat laughable. CNBC is located in New Jersey. I commuted from Rockville Centre to Englewood Cliffs for 4 months while taking 18 credits and working as a Resident Assistant. That semester taught me the meaning of the words time management.

The following semester, I was able to intern at The Daily Show with Trevor Noah in Hell’s Kitchen thanks to all of the experiences and learning opportunities I had along the way. Finally, comedic television! Sure, I was still working in production, restocking and making cheese platters, but I was at a comedic institution. After I graduated college, I made it out to Los Angeles where I interned for the TV Creative Development team at Lionsgate. By remaining enthusiastic and turning everything into a learning opportunity, there is no limit to the places you’ll commute.

Although I loved my time at Lionsgate, I ultimately left entertainment to pursue a career in Education, which brings me here to Hofstra where I study Business Education.