As I was thinking back on the theme of “where it all began” I realized Halloween was just around the corner. So, I thought I’d share one of my early career horror stories – a tale of absolute terror from my first job.

To put this tale in perspective, I will never forget taking Public Speaking as a first-year student at the University of Scranton. I was terrified. I was so terrified that I would hide in the restroom on the third floor of the liberal arts building and cry before each speech. I never thought I’d make it out of that class alive. But after teaching my class how to tap dance, and convincing them to read the student newspaper, the class ended, and I’d survived – and I’d even managed to pass the course. 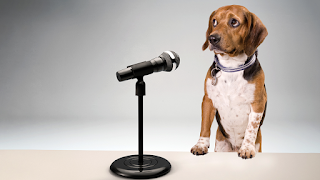 But then…only a few short years later, I was forced into an even scarier situation – I was in my first year working full time at the non-profit, when my boss looked at me during a staff meeting and said, “I’ll need you to present the information about this program to the Board of Directors next week.”

What? Me? My throat got dry, and my palms got sweaty, there was no way I could make it through that type of presentation without fainting. It was as if I could hear the dissonant music playing in the background…it was going to be the end of me – or at least the end of the strong reputation I’d been working on building since I’d started my job.
I tried hard to get out of it. I’d only been to one board meeting before, and it was intimidating. What could I possibly say to the media executives who were sitting around the room? I begged, I pleaded….and my boss just looked at me and said “Just get everything ready, prepare, and you’ll be fine. You know this program better than they do.”

I don’t think I slept the night before. I kept going over and over my main points in my head. I had to take an earlier train into the city that day, and kept thinking, maybe the LIRR will break down, maybe there will be signal problems?? But of course, that day all was running on time, and I got to the board meeting early. I reviewed my notes. My boss smiled at me and said, “remember what I told you.”

To be honest, I don’t remember much of what I said that day, but suddenly the meeting was over, and everyone was heading back to work. The world hadn’t ended, and I hadn’t ruined anything. In fact, some of the board members had promised to provide support for the program I was running.

Today, when I get nervous about public speaking – and I still do, sometimes – I remember the two pieces of advice my first boss had given me: 1. Always be prepared, and 2. You always know more about what you’re talking about than your audience does. Those two tips help to make presenting a little bit less scary.