Yesterday, as a “Throwback Thursday” (#TBT for our hashtaggin’ readers!) post, New England Patriots quarterback, Tom Brady, posted this photo of his college resume on his Facebook page with the caption “Found my old resume! Really thought I was going to need this after the 5th round.” (Brady was drafted in the 6th round of the 2000 NFL draft, with the 199th overall pick). 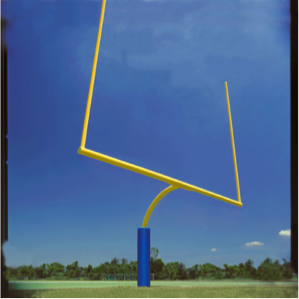 Now that we’ve seen Tom Brady start his 15th season in the NFL, it’s tough to think of him having any
other career. But what if the initial thought he had was right, and he hadn’t made a professional team or been drafted at all? Though his goal was obviously to be a professional football player, Tom had a back-up plan in case his dream didn’t pan out as he hoped. By pursuing a major which allowed him to take courses in both business and psychology, he made sure that he had a well-rounded educational background, and spent two summers as an intern for Merrill Lynch gaining valuable business experience! Additional sales and management positions during each of his summer breaks allowed him to develop even more related and transferable skills. By looking at Tom’s resume, I’m pretty confident that he would have been able to make a great career for himself in business if no NFL team called his name!

Nobody likes to think about the “what-ifs” of their dream career not coming to fruition. But by being prepared and giving yourself as many opportunities as you can to gain experience and skills, you will be more marketable and employable in the event that you do need to look into other careers – and even better off if your dreams do come true!

Not sure how to start thinking about your “back-up plan?” Let us know! We’d be happy to help you figure it out!