Yesterday we had our Annual Communication Career Fair in Dempster Hall and it was a great success.  So many students were in that room that it was THE place to be! 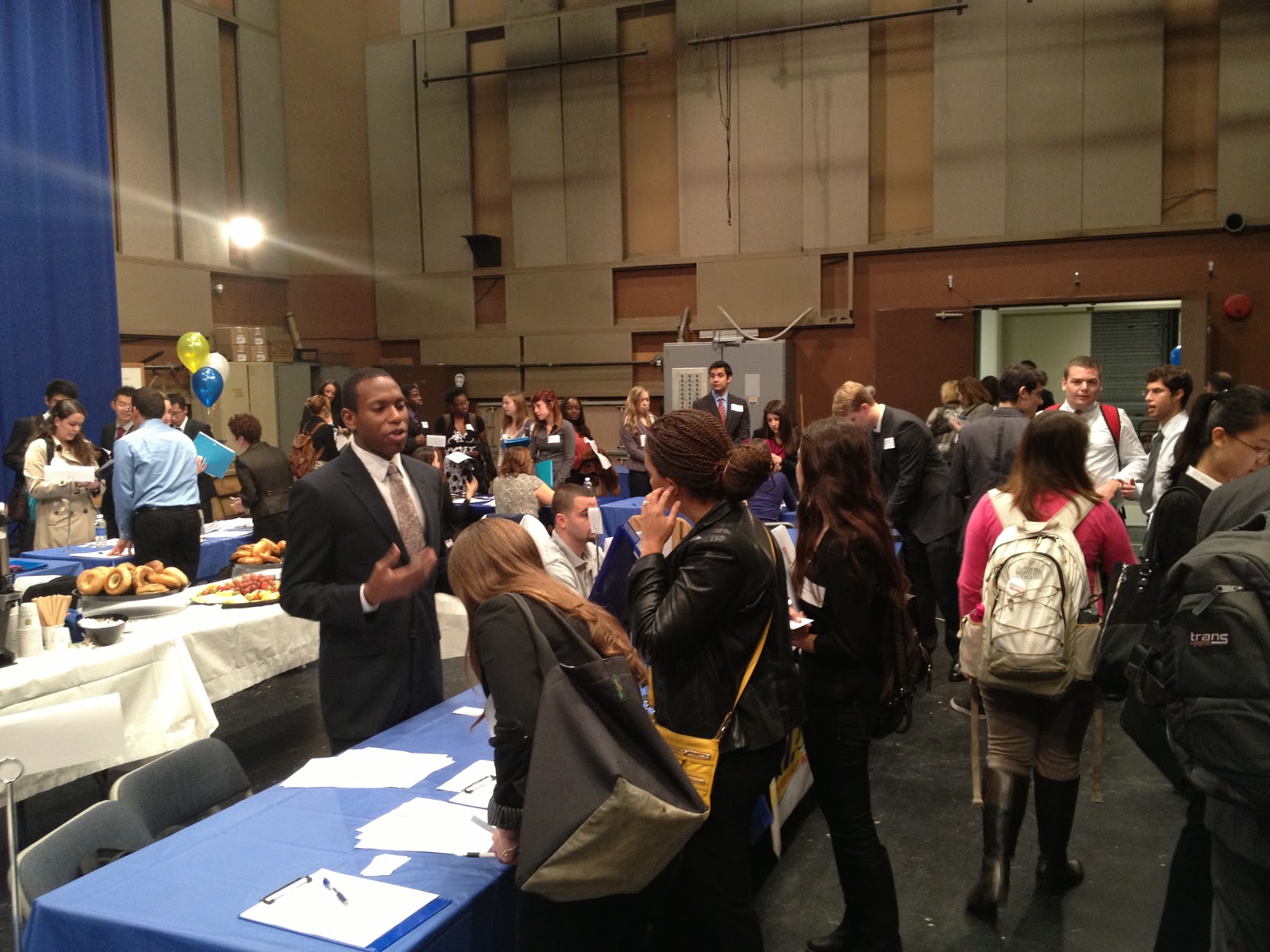 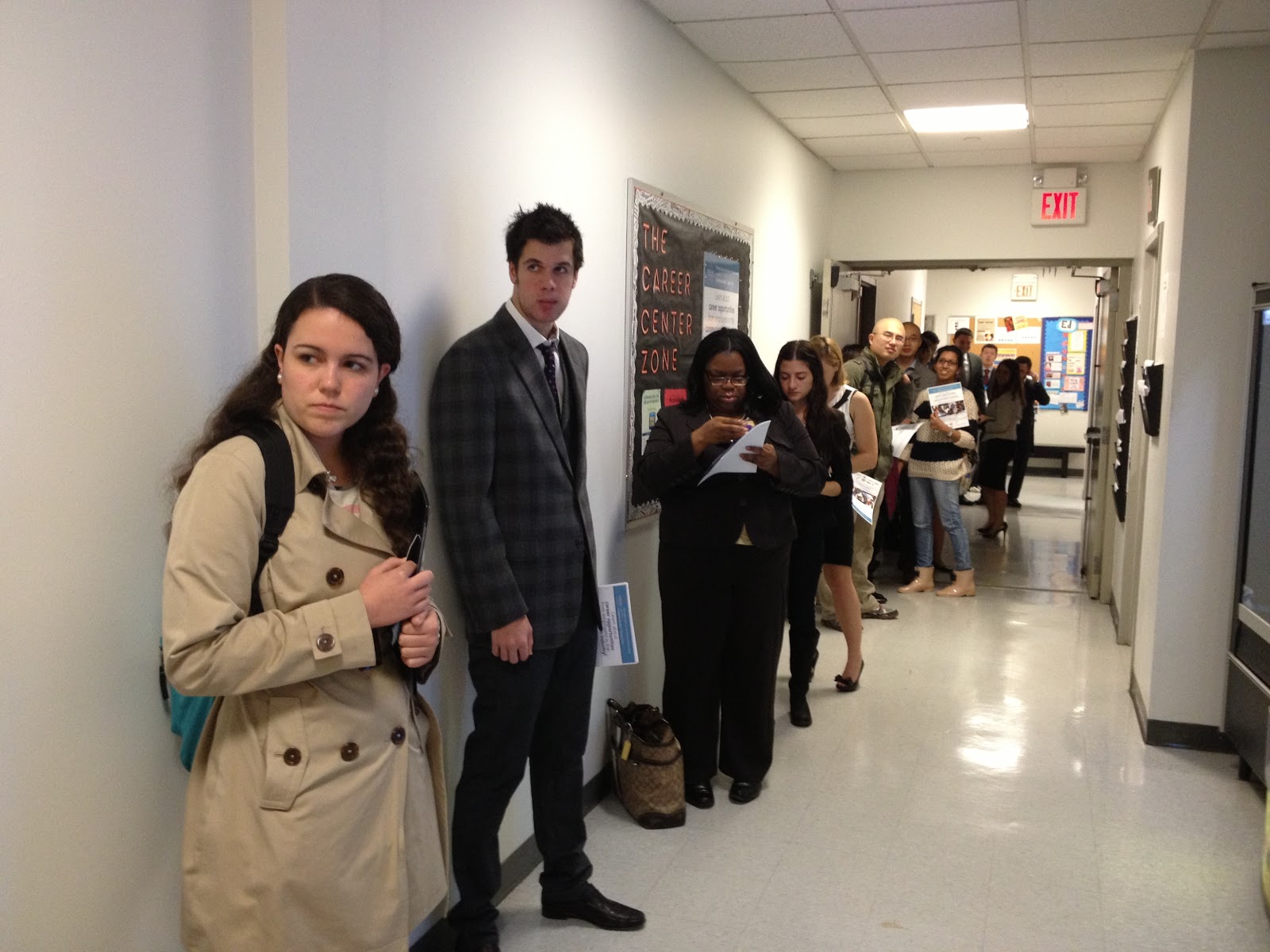 Even before the event started, students were lined up down the hall and around the corner.

A variety of employers participated in the fair, ranging from film/television to Public Relations firms and even Senator Gillebrand's office.  265 of you attended! That's great, so give yourself a pat on the back!

On another note,  a common theme that I've noticed from a few resumes that I have critiqued was that students did not want to put down their address on their resume, and only included their email address and phone number.  Personally, I'm all for having all of your contact information on your resume.  It's just a formality.  If you are applying for an internship or job in NY or LA, it doesn't matter where your address says you're from because you are applying for the position. The employer knows that if you take the opportunity, somehow, someway you will end up moving to that city to work.

I asked the recruiter from NBC Universal their opinion about leaving out the address from the resume.  She agreed that it's good to have on your resume because it can be a topic of conversation.  For example, if the recruiter is originally from New Jersey and you have that on your resume, HEY, that's a great way to break the ice.

~Kathleen Castro, Assistant Director
at 9:00 AM