Preparation is Key, Be the Best You Can Be!

When I received the news late summer that I would be interviewed for a position at the hospital where I have volunteered for many months, I was ecstatic. I felt confident in my credentials and in myself at that point--not realizing that interviewing takes preparation rather than going in blindfolded, I hoped the resume would speak for itself. After I was made aware that I did not get the job in the rehabilitation department I was hoping for, I was disappointed and frankly, quite surprised. I felt I was somewhat overqualified, if anything. But little did I know that there is a certain technique to interviewing that I failed to use. When I was fortunate enough to line up two more subsequent interviews, I decided to utilize The Career Center at Hofstra in an effort to figure out what went wrong in the previous interview and to improve my skills before my scheduled interview. I made the right decision to prepare myself with the help of The Career Center because I sure did learn a lot not only of the interview process itself, but also of myself from an objective point of view.

I encourage any aspiring student to take advantage of the services provided at The Career Center. In the case of interview preparation, the point is to receive an objective critique on how you present yourself as a candidate. My advice is to use the constructive criticism and feedback to improve yourself, as hard as it may be to hear. The intention of the counselors is to help you help yourself. Going in with the right reasons of bettering yourself by using their expertise that they are very willing to share is only in your best interest. Being overconfident and not preparing was a mistake that I made and learned from. I learned a lot about myself and was forced to take a hard look in the mirror after learning that there were some aspects of how I was presenting myself that may be of concern during an interview. It is not necessarily about how qualified your credentials are based on your resume and other materials, even though that is an important portion of the larger picture, but the interview process is also about the employer gauging whether you can fit with the organization and the people already working there. It is important that you be the right “fruit as part of the fruit basket,” if I may borrow an analogy from the counselor who had graciously helped me on my own success story. The interviewer already has your resume and knows that you have at least the technical capability, which is what brought you to the interview in the first place. What the interviewer is looking for is your “soft skills” and what kind of attitude and presence you bring to the table. This is where you have to be the best you, and that is all you can do. The interviewer knows what kind of “fruit” they need, and if you don’t happen to fit the bill, you just cannot take it personally. What you can control is being your true self so that the interviewer can visualize you as a member of their team rather than you only thinking “look how great my resume is, hire me!” throughout the interview.

After going to The Career Center and gaining very helpful feedback, I aced my interview a few days later and landed the position I was hoping for as a physical therapist technician, a position that I plan to supplement me on my road to medical school. The first step to success is getting up and utilizing the resources around you. You will be surprised to learn your own lack of preparation, but only if you are willing to hear it for your own good and proactively do something about it. Be an optimist, but a realistic optimist. I wish you all success in your endeavors. Good luck!

- Saeed Cheema, Class of 2012
Bachelor of Science in Exercise Science, minor in Psychology 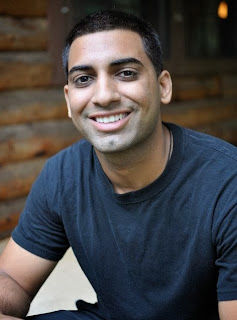